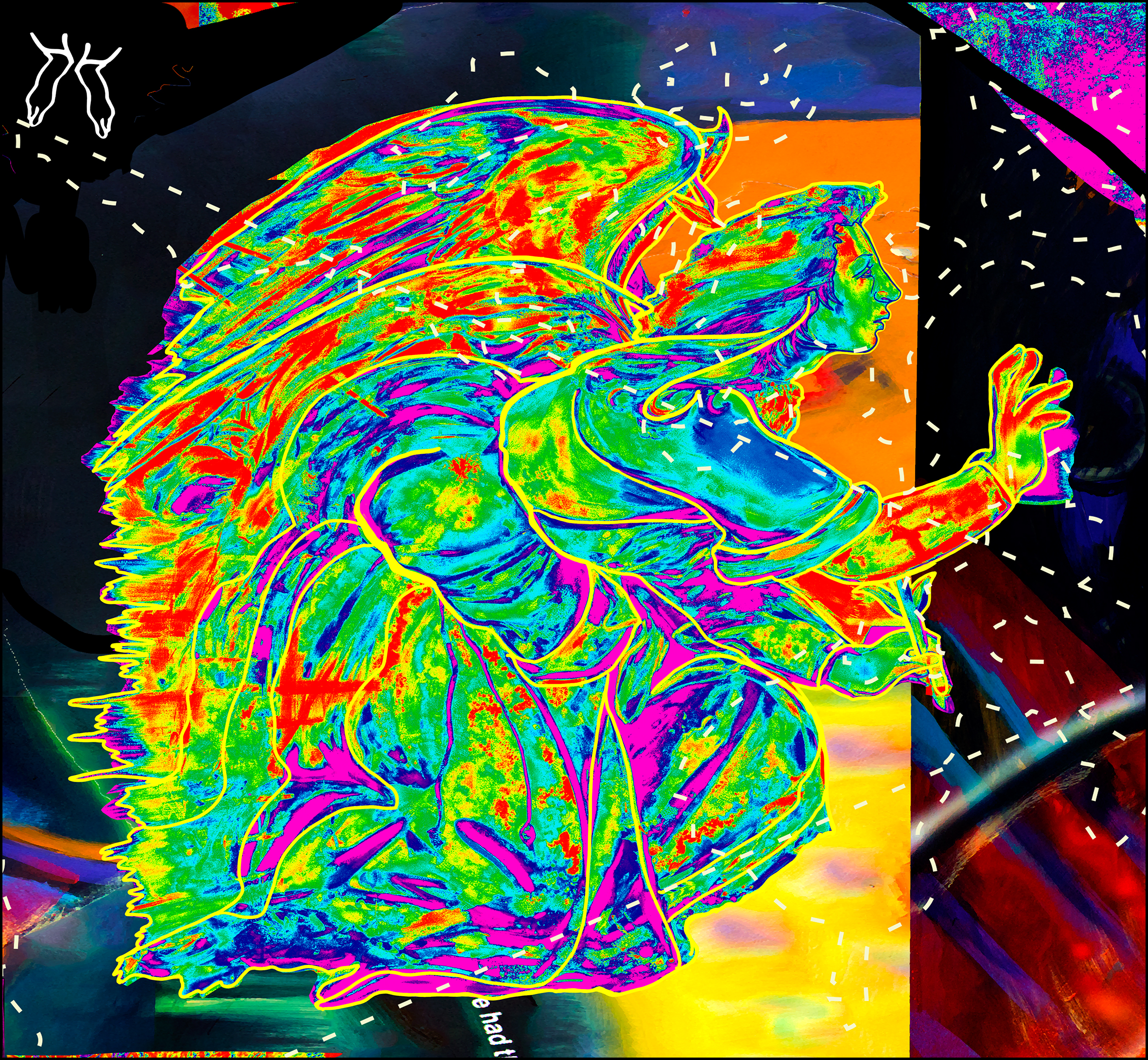 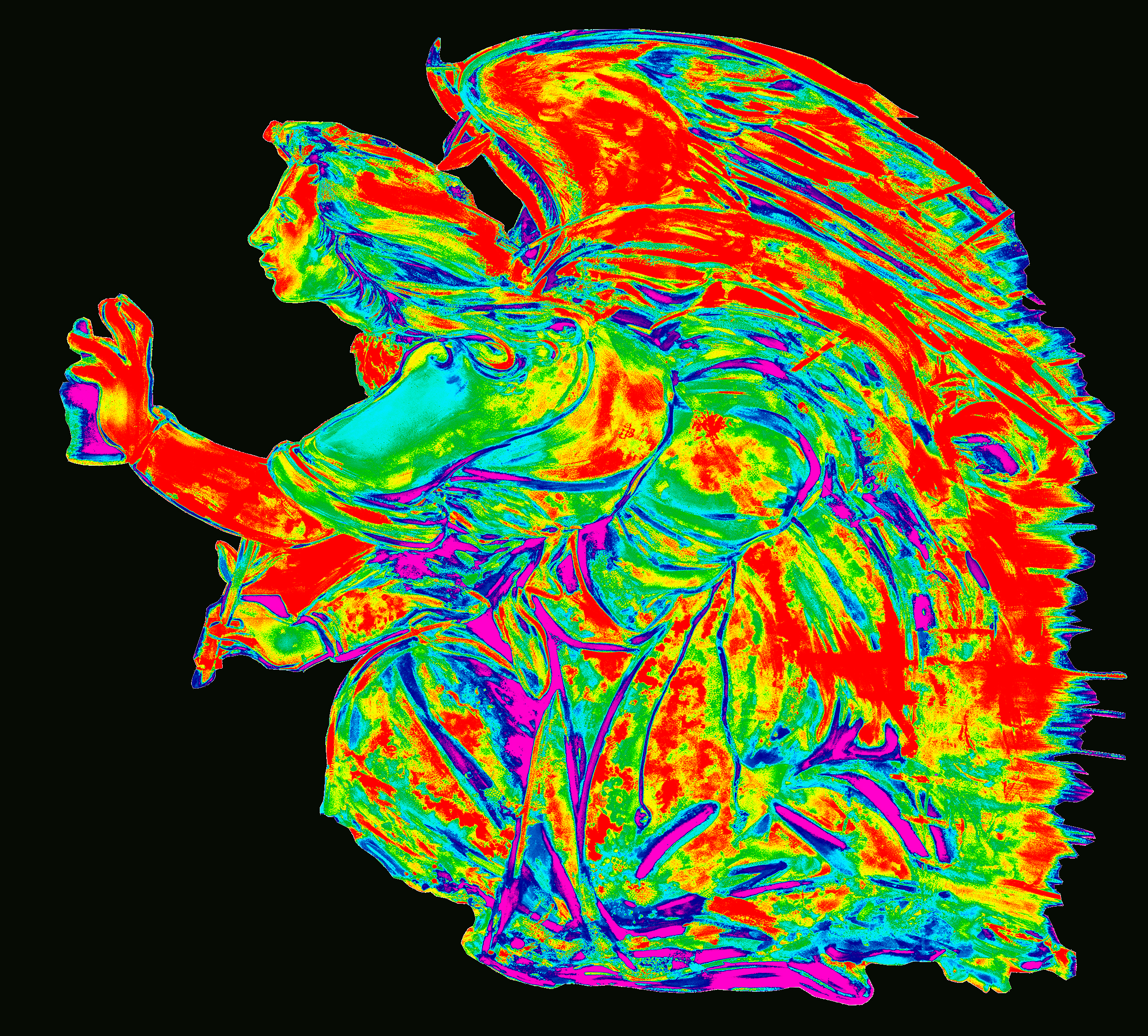 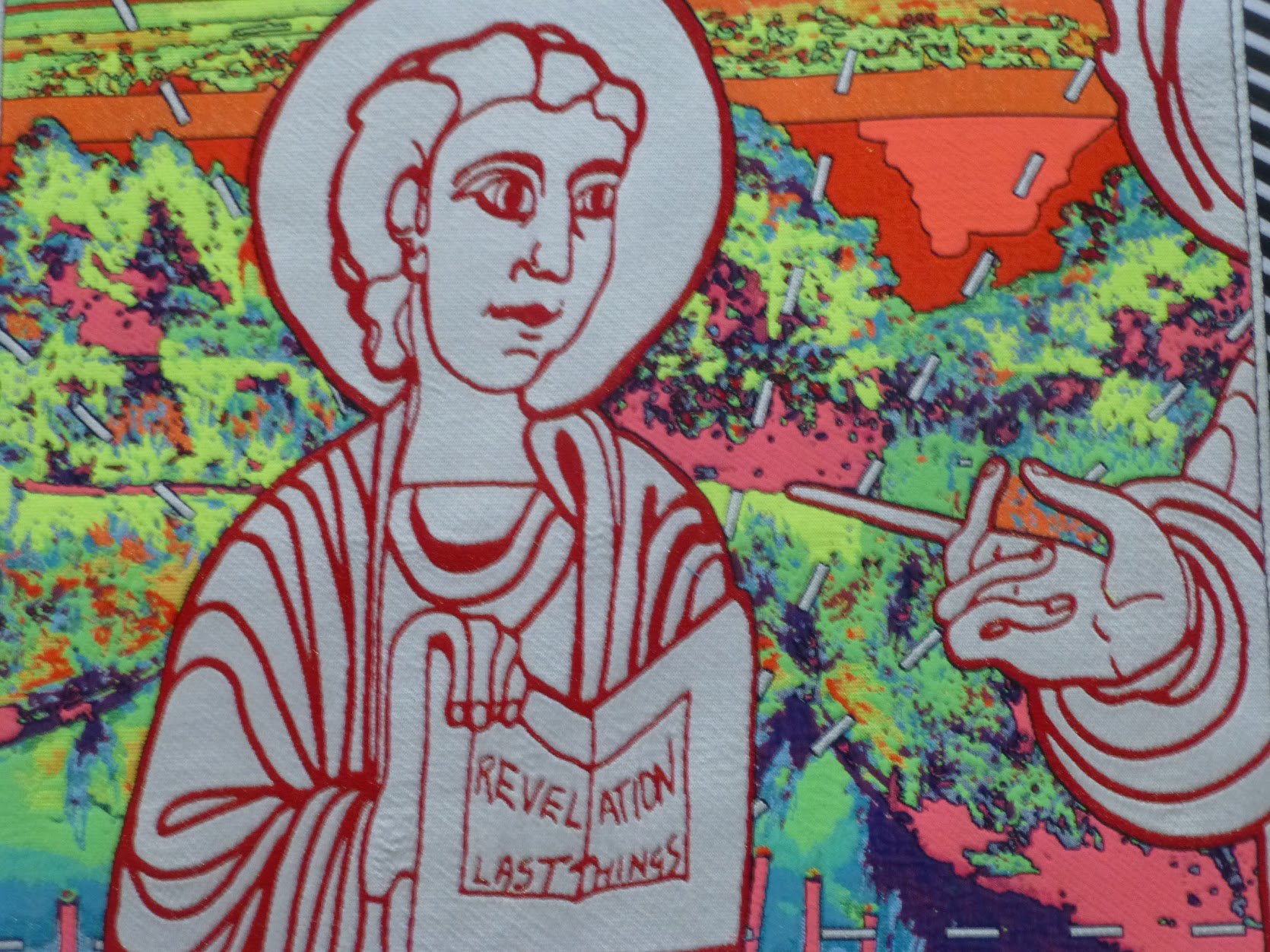 ARS IN CATHEDRALI – TAPESTRY OF LIGHT

Exhibition in june 2017 in the cathedral of Brussels of a 36m long tapestry by Australian artist Irene Barberis on the Book of Revelation.

Following the footsteps of the tapestries by Jan Bondol, Bernard Van Orley and Jean Lurçat, the Australian artist Irene Barberis has been working for over ten years on this monumental work of art of 36m long by 3m high, which evokes in a contemporary way the book of the Apocalypse.

The book of the Apocalypse is mysterious and often frightening. It has been haunting Christians ever since it circulated among the early Christian communities and was finally integrated among the Biblical books. Does it foretell the end of the world ? How should its symbolism be understood ? Rather than the end of the world, it presents the end of a world and the certainty of the final victory of God over evil and suffering.

The full text of the Apocalypse is spread over fourteen tapestries of the Tapestry of Light, made out of a variety of threats, some of them specially designed by the RMIT Design Research Institute (University of Melbourne).

Irène Barberis explains : « One day, I found myself in front of the medieval tapestry of the Apocalypse in Angers. I immediately marvelled at its complexity, poetry and might. From that moment onwards, I started imagining a new work of art, full of light evoking rather than illustrating the Book of Revelation. Something would englobe the visitors in light. A work of art which would be read at different levels, combining motives from the traditional iconography and new technology.

The Tapisserie d’Angers as a starting point

From the early days, artists have illustrated the Book of Revelation. Images for the last book of the Bible flourished in manuscripts, engravings, paintings, but also in tapestries. The series of tapestries in Angers, designed by Jan Bondol (1380), those by Bernard Van Orley (1520) and Jean Lurçat (1956-1961) are stunning examples.

Drawing from the medieval Angers Apocalypse, Irene Barberis has chosen to give her Tapestry of Light contemporary forms and colours by using innovative technology which has been integrated into the art of weaving techniques since a few years. The use of contemporary technology contributes to emphasise the dimensions of light and hope which are included in the Book of Revelation. The work has been woven at the Flanders Tapestry Workshop in Wielsbeke.

The Tapestry of Light was  exhibited for the first time at the Brussels cathedral, where it was  displayed in the ambulatory. Parallel exhibitions at the Belgian Royal Library and the Museum of Modern Religious Art allowed the public to situate the Tapestry of Light in its long iconographical tradition.

For more than ten years, the Australian artist Irene Barberis has been working on the design and realisation of the fourteen tapestries which make out the Tapestry of Light. For the first time, a woman artist embarked on evoking the Apocalyps, offering the book a luminous presentation.

Throughout her artistic career, Irene Barberis has worked with many different materials. She founded Metasenta, an international research centre for art history, which is supported by the RMIT in Melbourne and the Arts University in London. Since the beginning she has been leading this network and setting up international projects, such as exhibitions, publications and films.

She teaches drawing at the Royal Melbourne Institute of Thechnology and has shown her work in galeries in Australia and Europe. All these responsabilities did not prevent her to devote herself fully to the realisation of the Tapestry of Light.

This tapestry was shown for the first time i 2017 in the Brussels cathedral, the commissioner was brother Alain Arnould op, chaplain of the artists; subsequently it went on show in Canterbury (UK), and in 2019 in the Museum of the Bible in Washington DC (USA).
For a full size click on each photo: 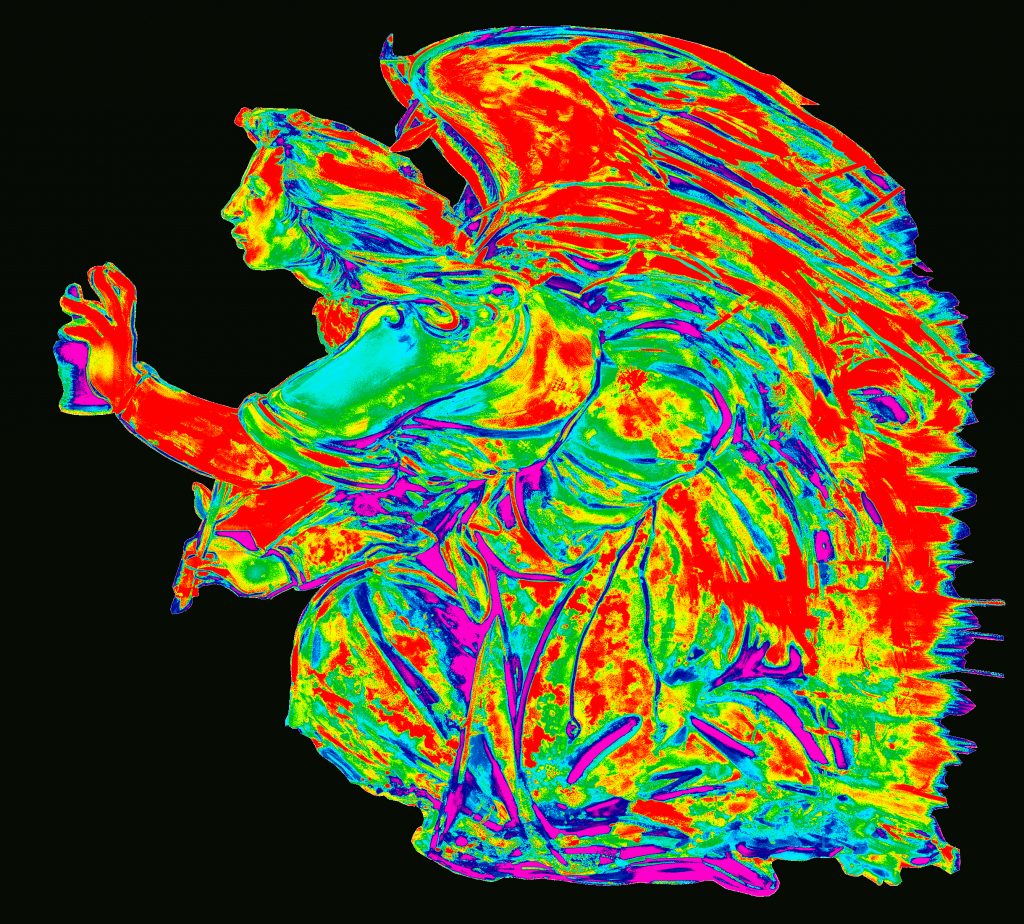 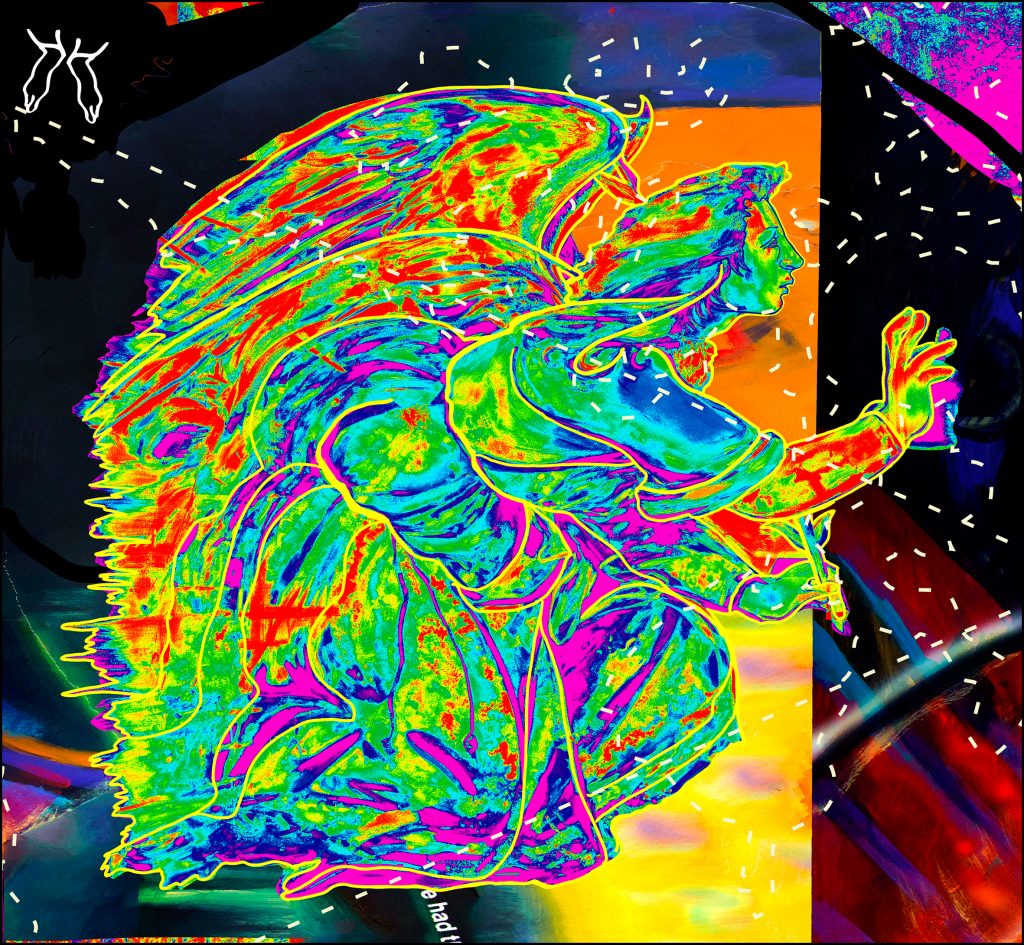 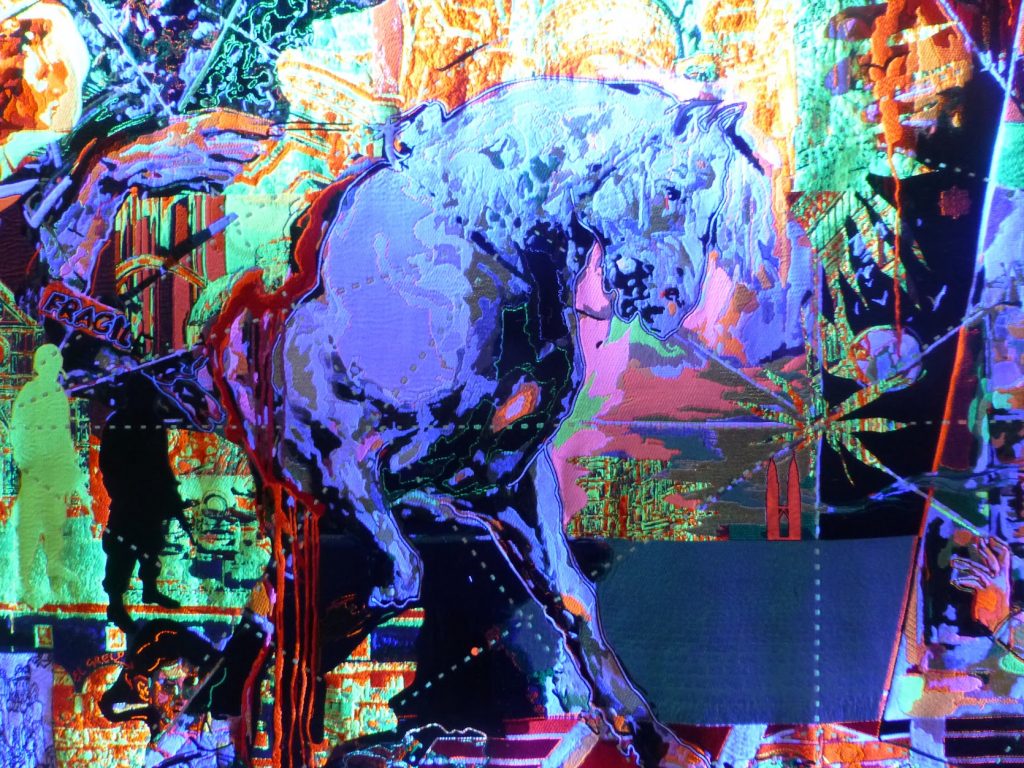 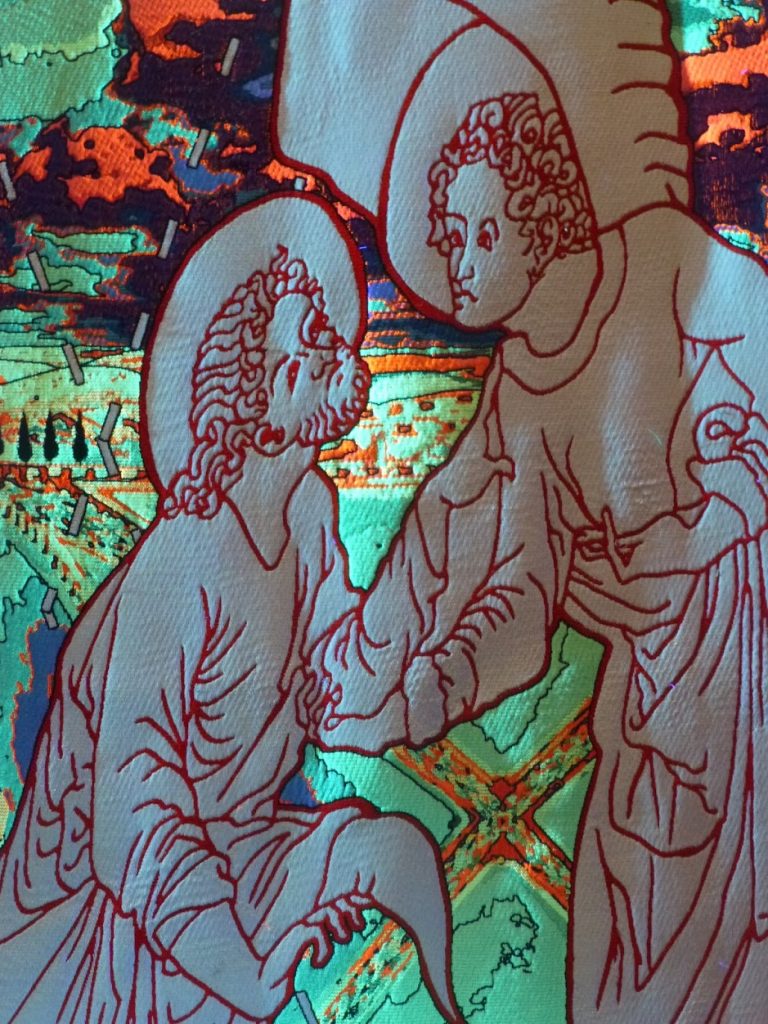 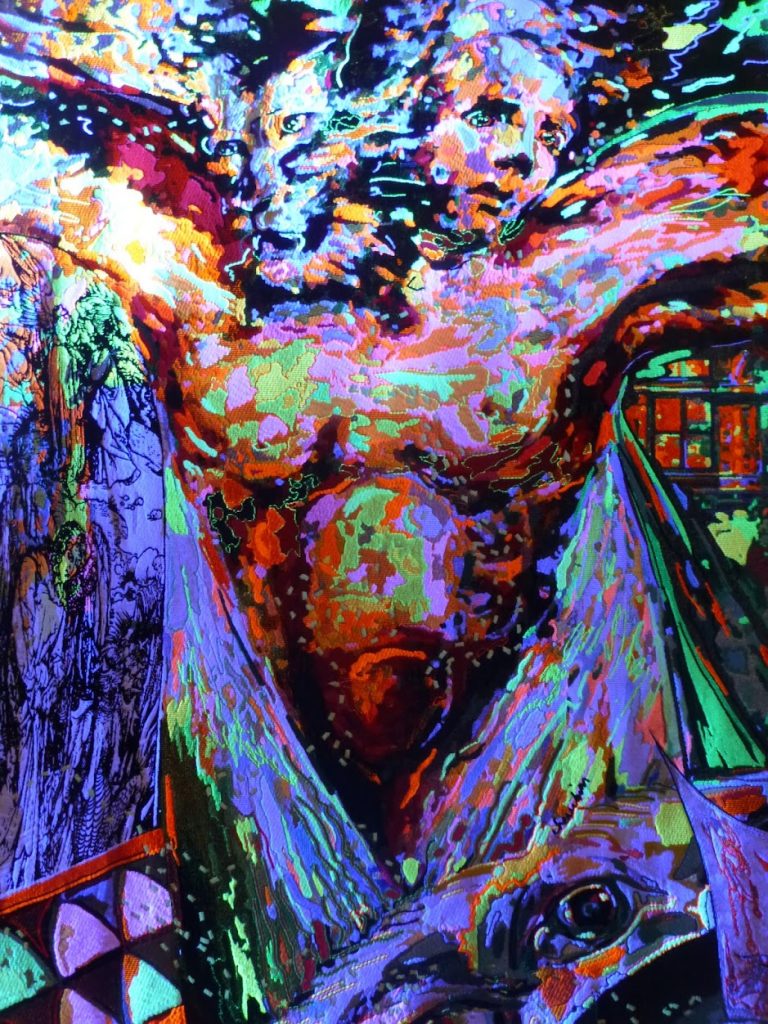 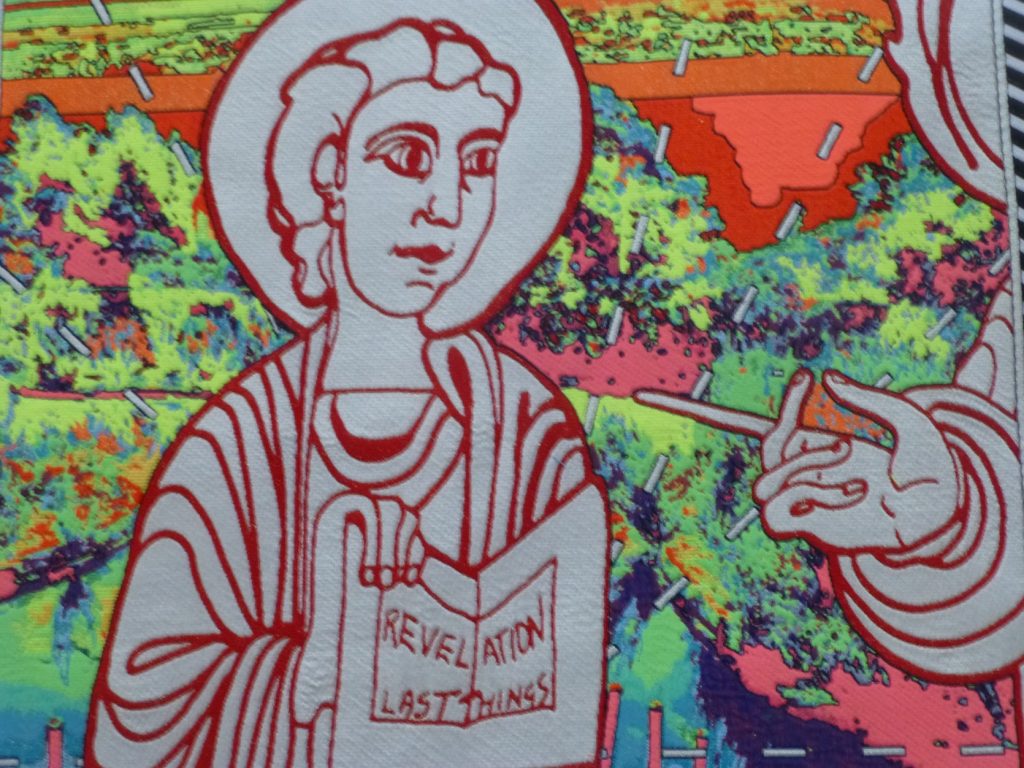 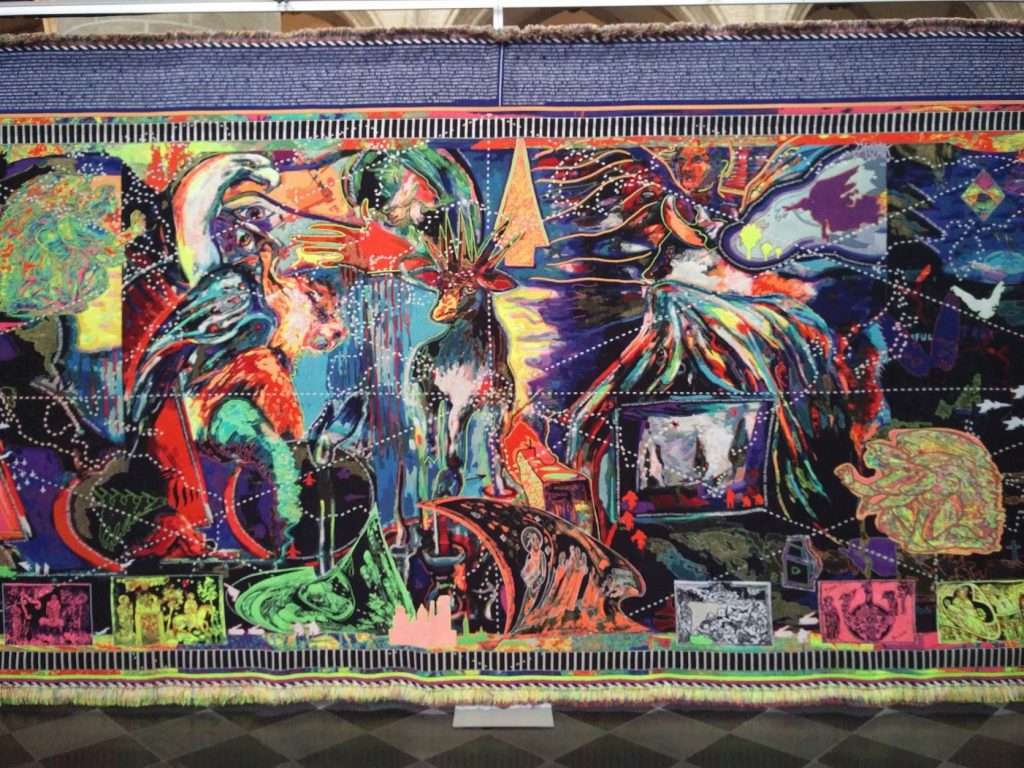 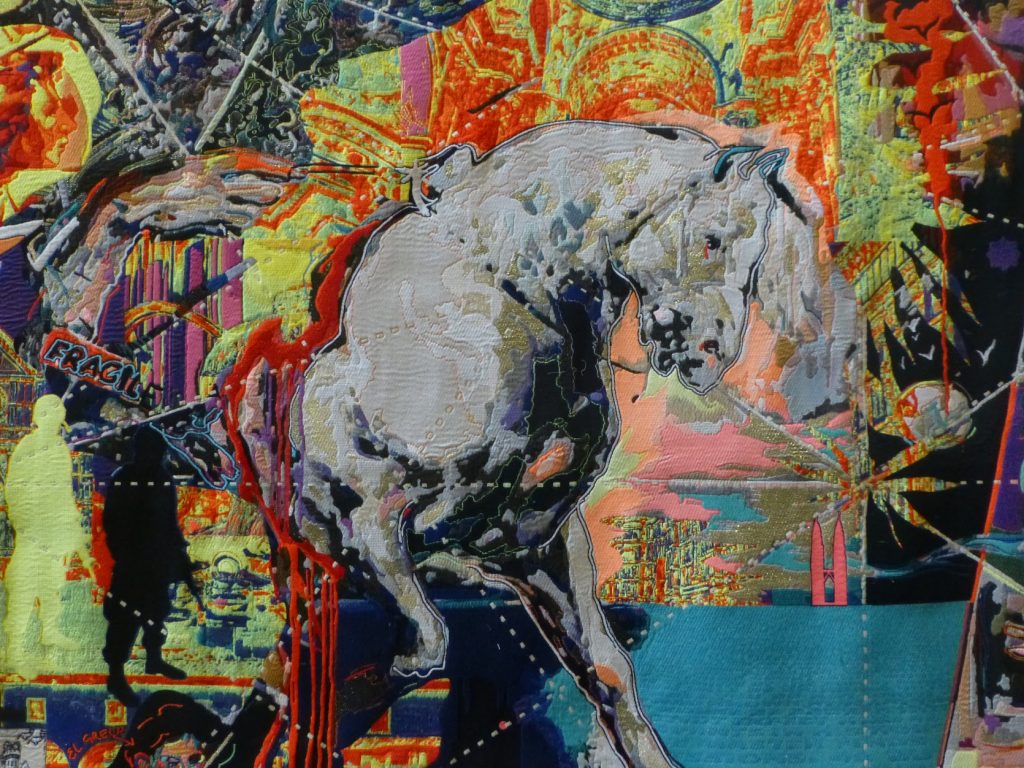